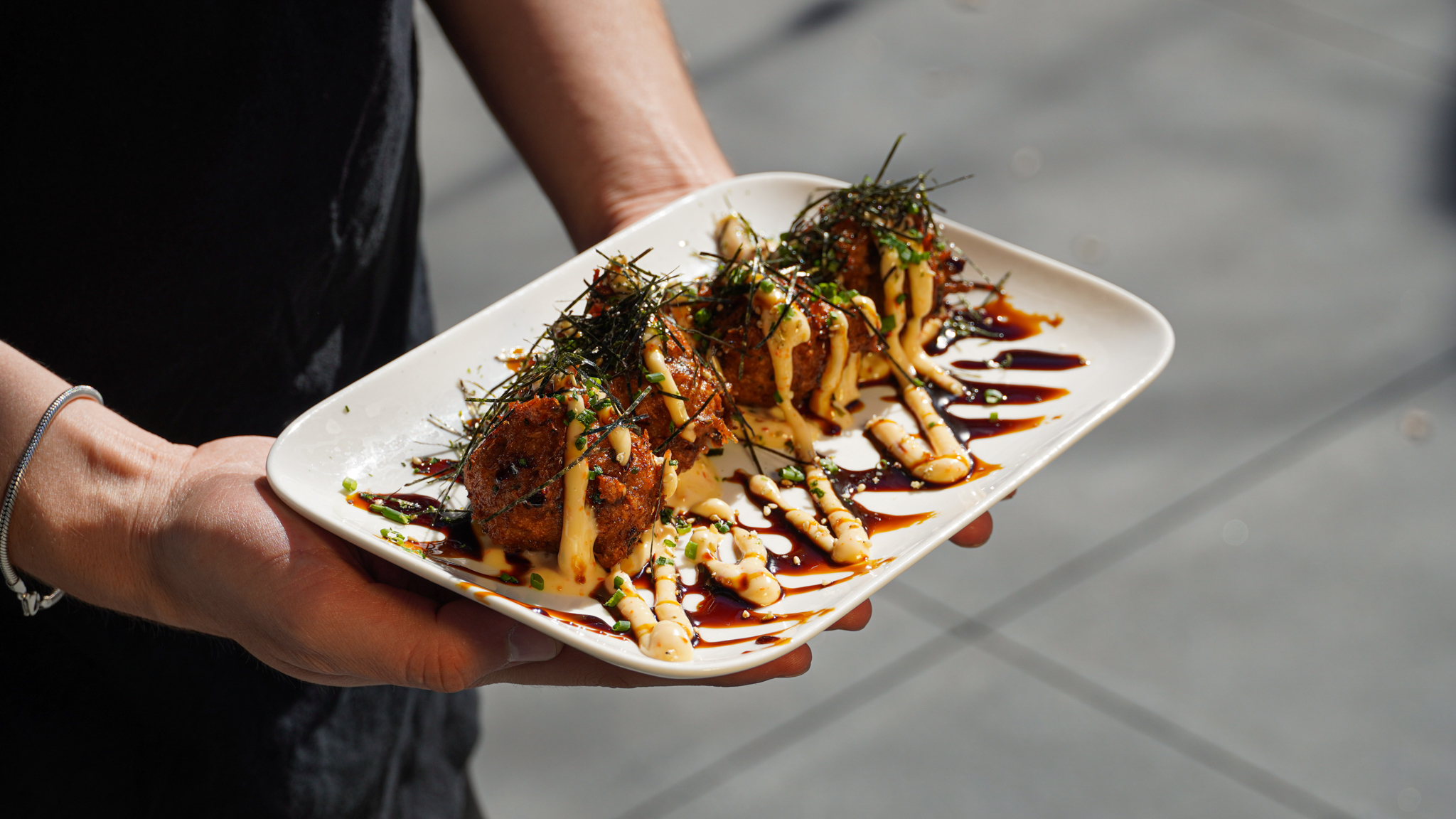 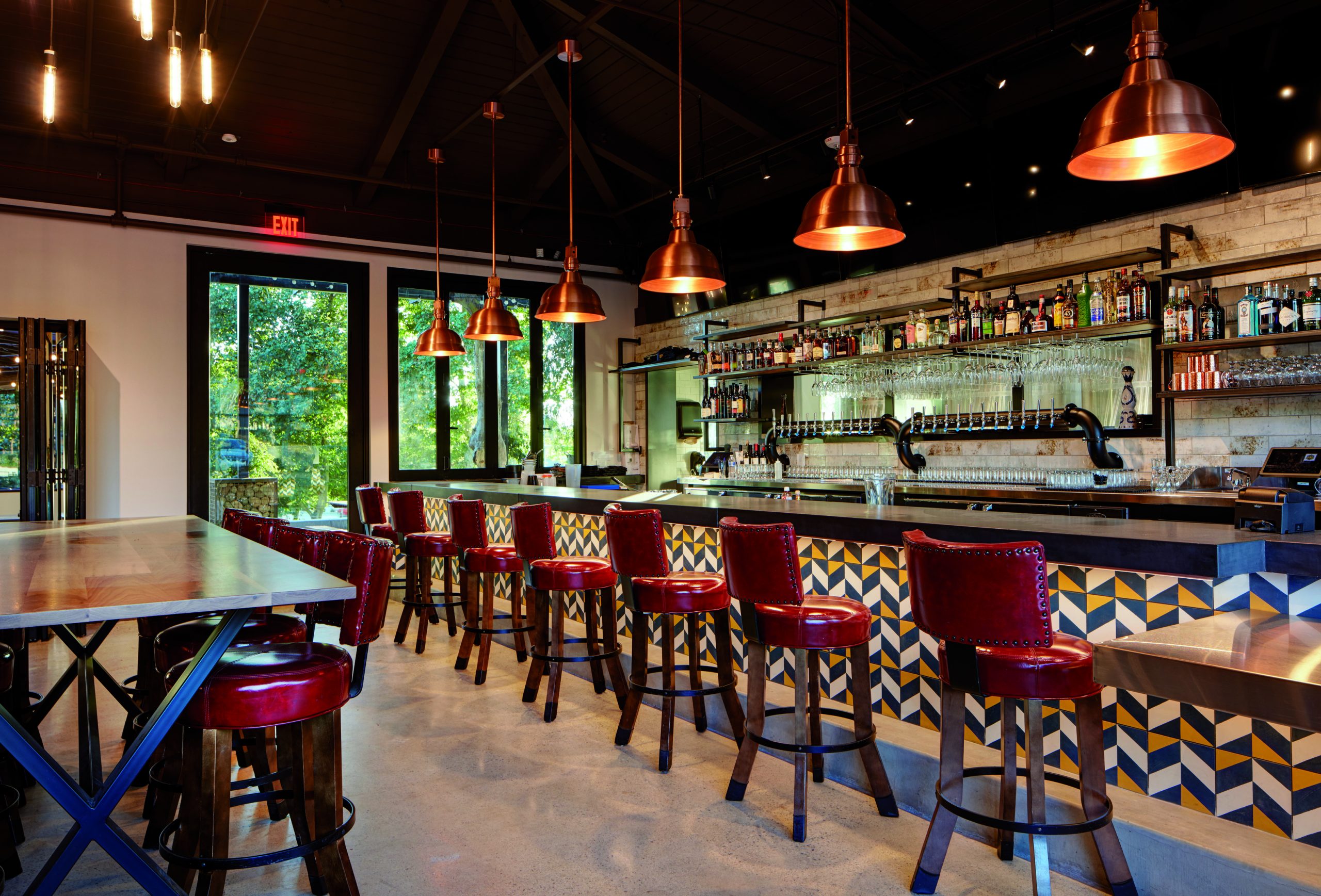 At OBC, the purpose of our kitchen is to create exciting food that is delicious, fun and nourishing. The menu is designed to share food easily with your friends and family, making every table like its own dinner party!

Our Executive Chef, Nick Tall strives for balance in our food, from decadent to healthy and inspiring to familiar. With a career that stretches four countries and three continents, he brings inspirations from his travels that are creative yet simple, allowing the ingredients to shine.

We are a from scratch kitchen that supports local farms, Non-GMO produce, humane agriculture and sustainable food sources. We condemn factory farming, commodity meats, the use of growth hormones and harmful antibiotics. We are dedicated to reducing our carbon footprint through the use of biodegradable and compostable materials. All of our top quality ingredients may cost a bit more, but remember, “you are what you eat” and you’re worth it.

Joe Flores, our head Brewer, is a native of Temecula. He built his career beginning as a home brewer at 19 years old and has held the title of head Brewer at several Breweries in Southern California. His goal is to brew beers that bring people together to have fun and enjoy friends and family.

He creates beers that are “approachable” and enjoyed by all. He is proud when he hears his beers are very “drinkable”. This is evident in the whimsical nature of our beers and their names. Naming of our beers is inspired by our love of music. Can you identify the band or songwriter of each one of our beers?

A native of Temecula Joe Flores’ passion for beer started at age 19. As an avid homebrewer, Joe knew early on that he wanted to embark on a career as a Brewer. After brewing a few years with local companies like Aftershock and Indian Joe’s path took him to San Diego.

While brewing in San Diego Joe won numerous and prestigious brewing awards spanning as far back as 2013. In 2018 & 2019 Joe won a gold medal for his Barrel-Aged Stout and silver medal for his Herb & Spice. Making new and strange brews is Joe’s favorite, along with his signature ales like his Born to Run, an American Lager.

Joe’s second passion in life is music. You’ll find Joe’s beer list at OBC incorporates both his love for beer and music. OBC will embrace Joe’s creative passion for all styles of beer and the” Nothing Is Off Limits” brewing style. A big part of OBC philosophy is supporting the local community. Joe and the Brew Team will be supporting the community by sourcing local items like clean & sour barrels, hops, and other local ingredients.

Nicky Sarkisian is a graduate of the University of Colorado at Boulder. As the grandson of Pat and
Oscar, he “grew up” in the business. Nicky has held management positions at several restaurants in
Boulder and San Diego.

He brings to OBC the family history and experience along with a passion for serving our guests and team members. Nicky welcomes the opportunity to introduce himself to our guests while sharing his knowledge of our beer, mixed drinks, and food.

Get Exclusive Offers and Invites!

Get Exclusive Offers and Invites!